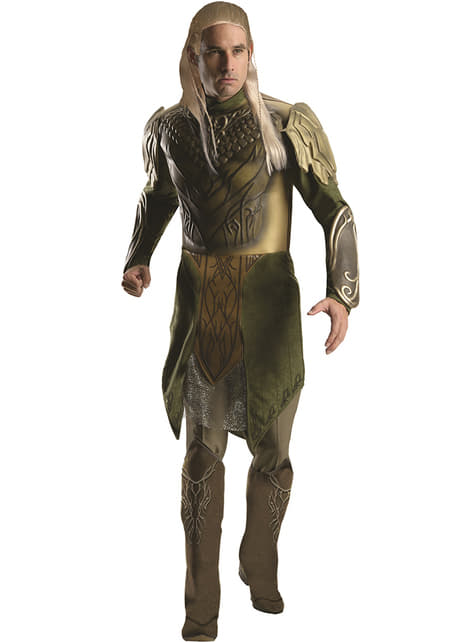 Includes: tunic with moulded pieces and trousers with boot covers
Not included: boots

Become the best Elf warrior with this Deluxe Legolas The Hobbit The Desolation of Smaug costume for a man.

The Hobbit: The Desolation of Smaug is the second part of a trilogy directed by Peter Jackson, famous for directing the trilogy of"The Lord of the Rings" and whose world première was on December 13, 2013. This film continues the story of the struggle to reconquer the dwarf Kingdom of Erebor, taken by Smaug, a dragon who long ago exiled the dwarf village. For this reason, a group of thirteen dwarves led by Thorin Oak Shield, son of the last King under the mountain and belonging to the lineage of Durin, will fight together with Gandalf the famous grey mage and Bilbo Baggins, the hobbit looter, by regaining his Kingdom facing a multitude of dangers to achieve goal.

This realistic Legolas costume includes a green tunic with brown detail between the legs as if it were a suit of armor and a piece of maya simulating the maya metal used as protection. The costume also includes moulded parts painted in camouflage colours which both complete the suit giving more realism are used as armour. It also has trousers in beige, which end with green boot covers to complete the costume. 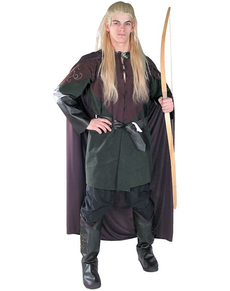 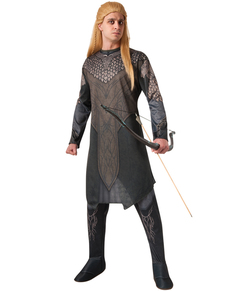 Upload your photos to Instagram with the hashtag #funidelia followed by #funidelia05288.

Product Rating: "Deluxe Legolas The Hobbit The Desolation of Smaug costume for a man"
Sizes