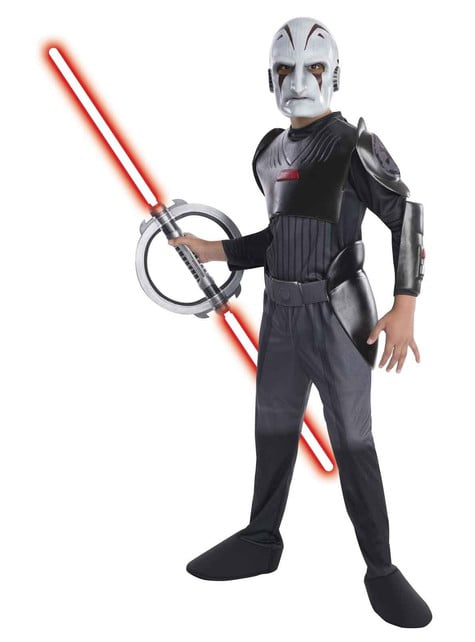 Includes: jumpsuit with boot covers and mask
Not included: sword

A powerful and terrifying Imperial threat. The Inquisitor is a spy who is sensitive to The Force and a threatening figure responsible for tracking the Jedi who remain active. His analytical mind is his most powerful weapon. Star Wars Rebels returns to the epic tradition of the legendary Star Wars saga. The Galaxy is going through a dark period when the evil Galactic Empire marks the border of its power from one world to the next. The smart crew aboard the starship Ghost will join forces to confront the Empire. The series, part of the Star Wars franchise, is set in the time frame that runs between Episode III: The Revenge of the Sith and Episode IV: A New Hope, and follows the crew of the spaceship Ghost and their adventures as they struggle against the Galactic Empire and the foundations for the rebel alliance.

This incredible Inquisitor costume includes a black and grey jumpsuit with red details, boot covers, a built-in belt, castings on the arms and chest and a white mask with the red markings of the character on it. 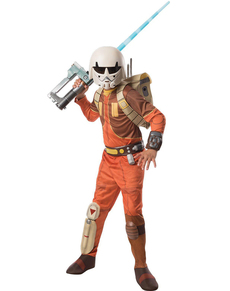 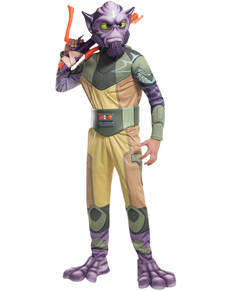 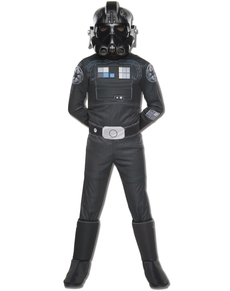 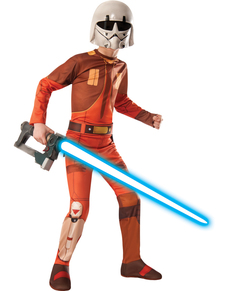 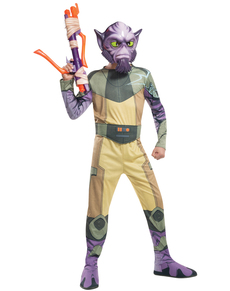 Upload your photos to Instagram with the hashtag #funidelia followed by #funidelia12707.